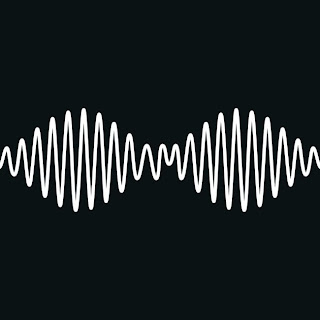 Mad Sounds, from the new Arctic Monkeys album AM, their fifth, is a Velvet Underground song that's had a trip around Electric Ladyland; by which I mean it's a slow and at times mournful song that ends up being inspiring through it's hints of romanticism. It's Stephanie Says with a groove. The album's name might just be the band's initials but it makes much more sense as a reference to the early hours of the morning; the parties over but the beats are still bouncing around your head. The production reflects this, it has the thicker sound of Humbug, their part-psychedelic and all too slow third album, while keeping the faster pace and personality of their early albums.

Which is to say it has so far been impossible to tell if each new Monkeys album heralds a new piece of musical evolution or just shows us another side of the same band. Their last album Suck It and See ditched the forward trajectory they were on; getting slower and more attuned to studio manipulation, and instead focused on a more raw sound and took Turner's lyrics back to finding the exciting in everyday mundanity. So the most impressive thing about AM is that it finally sums up the band. It fits in all sides of the group; the fast songs still manage to be soothing and the slow songs still have a beat. The whole album has a unified sound that finally confirms that the Arctic Monkeys have moved on from the past, all the while putting together the best track list since their debut.

Like a sudden jolt to the system we're welcomed to the album with the drum beat of Do I Wanna Know? Turner's lyrics come very fast; they remind me of The Rolling Stones, think 19th Nervous Breakdown, and both remind me less of rock lyrics and more of rappers; words, all rhyming, all coming at you fast. Do I Wanna Know? is a great rock song that works just as well as a party tune. The album starts off with it's fastest tracks, eventually slowing down for the aforementioned Mad Sounds and No. 1 Party Anthem, which feels like the loneliest dance floor in the world until Turner's "Come on, come on come, before the moments gone, number 1 party anthem" which sounds like a gleaming ray of hope and energy injected into a deadened night club; just like the rest of the album this song could easily fall into depression-filled plodding but instead I couldn't stop listening; it aims for the dance-floor but there's still something to return to when the party's over. 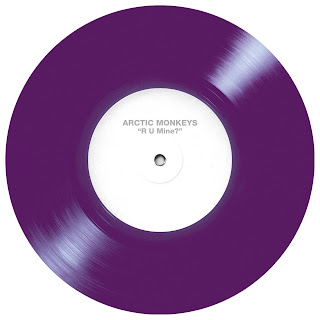 And eventually we stagger through the night into I Wanna Be Yours. It was originally a poem by John Cooper Clarke, with the song version having some tweaks from Turner. It sounds like a journey well-traveled; the ending is filled with infinite possibilities. It brings forth that feeling of coming home late after a great night out. All wrapped in poetics that are perfectly tuned to Turner ("Let me be your 'leccy meter, and I'll never run out, let me be the portable heater, that you’ll get cold without"). It ends an album that is, like the Monkey's debut, much better when heard as a whole; a by-product of an album where all the songs aim for the same thing, on first listen you may not even remember which track is which, but it doesn't matter because if you want variety just go fishing through their back cataloge; AM takes you into it's own headspace and doesn't let you go, and it's all the better for it.

There's nothing to prove on this album either; which isn't meant as a criticism. The bands guitar is there to be admired but never takes over the song, it neatly folds into the production. And Turner's lyrics go through their biggest change, possibly brought on by his move to America, in which he looks away from the smaller details and happenings of everyday life and instead writes an album filled with poetic metaphors and the longings for love: "It's an exploration, she's made of outer space/and her lips are like the galaxy's edge/ and her kiss the colour of a constellation falling into place". There's a Hendrix-esque mystique in the otherworldly-ness of the lyrics on AM.

Yet when reaching such highs it makes it worse when you come crashing down; which the latter part of AM does. There's some filler here; Knee Socks and Snap Out of It being the main culprits. I have mixed feelings towards recently released single Why'd You Only Call Me When You're High? It represents the style of the album perfectly; once again it starts with a drum beat that leads into a slowed-down hip-hop sound and keeps accelerating throughout. But the chorus blurs into the verse and by then this same sound just feels like a drag compared to other tracks on the album. I hope the Monkey's don't tag this "their style" as if to say they'll stay on this path from now on, but for what it is AM is my favorite Arctic Monkeys album to date, and a great surprise following their weakest album. 9/10 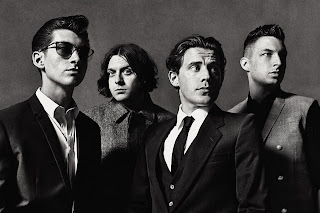