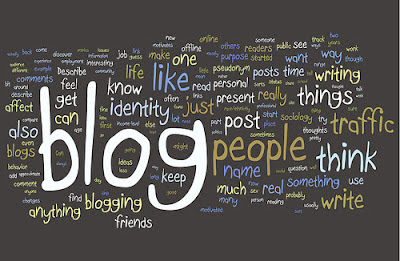 You remember that mission statement that Tom Cruise sends out in Jerry McGuire? Well that's basically what this is. The only difference is this isn't sent to a company of people I work with, it's simply for me and any of the people it reaches through my blog. I guess that's good in a way; it means I can neither get fired from a high-up job, nor am I Tom Cruise. But it also means it won't send ripples throughout the blogging community, one day being carved into the digital fibre of the internet when one of the computer gods gets around to making the 10 commandments of the internet.

But I know what your thinking: Why write a mission statement for yourself you madman! Just think those things. No need to write them down. And if there is just jot them down in your journal, don't expose yourself so openly like some sort of indecent nighttime flasher! That's right, I'm like a freaking mind reader.

But really, what am I writing this for. Well, as the site doesn't currently invite many visitors, I see this blog more as an extension of my journals (SEE: Now neglected papers where I once splashed out my emotions into ink) which is good, isn't it? They say the best writers are the ones who write like no-one is reading (or is that a completely unrelated eulogy about dancing?). But this isn't any sort of daring game with myself; I won't be adding posts filled with embarrassing personal facts to tempt fate with the possibility someone I know might find them. I'm writing this to set everything straight. Don't ask what it is I am setting straight, because frankly I just don't know. But writing apparently unlocks something inside you, or at least the thing your writing first becomes apparent to you as your writing it.

All I know is I've been neglecting this blog. I started it because I wanted to be like the bloggers that I read myself, and to become a good writer. But by creating a blog and then not doing anything with it I have found even more artistic unfulfillment. I imagine this is what it's like to buy a cook book that contains practically every recipe ever in it only to find yourself chomping on a McDonald's happy meal everyday. And don't think it's because I have nothing to say. The worst thing an artist can do is claim he has nothing to say, either to cover his back or as what he believes will be something artistic to say. I have a lot to say, it's just hard to say it. 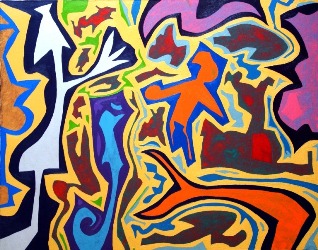 So why don't I update this blog that much? Is my life really that eventful that my activities have dragged me away from something I actually want to do, nevermind all of the stuff I wish I wasn't having to do. Well not really, no. I could use the old cliche that it's easier to imagine this blog as a thriving community of activity than actually make it one, but you'd have to be an idiot to believe that. Imagining success only further proves you don't have it. I know I need to post more, that I need to be a better writer, that my blog really isn't a blog at all until I make it one. I guess I'm just lazy. What of the rewards of a great sentence? of a finished article? They are indeed great, and would only make me glad of writing. But it's been a lot easier to just accept that my blog was out there somewhere, that for the time being it didn't need my assistance. That as long as the time-gaps between my posts didn't get to the point where if someone stumbled upon my blog they might fear I died mid-article, that it was ok.

So I guess I do know what this is. It's a promise to myself to not wait another month, to not settle for things simply being adequate, but to actually do something, anything. Something bad is better than nothing at all. And that itself would only be true if I was counting on making something bad. Maybe I'll make something I might one-day laugh at, but not something I would be unhappy with. I would hate to be one of those writers - of which there are many - that mistake lack of talent or skill for a lack of experience.

Yet this is an update too. A sort-of marker of where I am into the blogging experience, which makes the whole idea of running a blog a lot easier to swallow for me. I haven't blogged enough yet to know the ins and outs, but I feel like someone who's just got their first car (not me then - hey, I was struggling for a metaphor). I'm guessing that feels like you suck at driving a car, yet you feel better at it than everybody in the world who hasn't got a car. I've noticed things about my writing, and blogging in general, since entering this crazy game. A game that you know - yet you don't fully realize until you start - never stops from the very moment you click play.

I've noticed I'm much better at making my writing good (or at least up to a standard where I won't cringe when I click "Publish") than I am at actually making my blog look nice. I'm currently on my third design of the blog since staring up, and writing this has given me the urge to change it again after I finish writing. It never looks quite right. Maybe because there's no image of the finished thing screaming in my head, just images of other blogs that have got it right and are laughing at me from up above. I'm gonna get it right eventually. Hopefully.

When it comes to writing I've noticed I'm a big fan of overcomplex metaphors and bits of writing that sound smart because they are made of long winding sentences and double connectives, yet really mean nothing at all. These thoughts could have been written down just as easily as they were formed in my head, yet I've fell into he habit (freely, with open arms, up until now) and I haven't been able to get out of it. It just happens. Just like all habits of bad writing. And all the habits of good writing to, lest I forget. 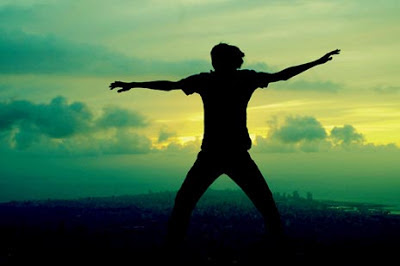 I don't quite know why my brain (or my heart, as many confused artists will probably claim my writing comes from) can't just explain things simply. It's probably because I'm such a sarcastic bastard in real life. I love to think idiots wouldn't get my writing because it's too smart for them. When in truth it's probably smart people who don't understand my writing because it's too dumb. Then again I hate to put myself down. And seeing someone else put down their own writing always feels like a waste of their talent to me. I was always great at writing as a kid. It's more than likely I was very talented at it back then. Back in say, primary school, I was a great writer. I just stuck in. And the praise I got has just stuck in my head ever since. Until recently when I noticed I wasn't really ahead of anyone as a writer. For all those years I thought I was being a good writer. But all those people who told me I was a great writer when I was a kid just screwed me on this one. For years I've just been the great writer I thought I was (Translation: not a good writer at all, maybe just a decent enough one to pass English exams) and I've never attempted to be an actually good writer, probably because until recently I didn't know there was difference. So that's something else to aim for too.

If there is one thing I'm proud of so far with this blog it's the template I've worked around for some of my posts. Looking back at my best post; a history lesson of sorts on the band Nirvana, I can pick apart the prose as something I could do a lot better now, only 2 months or so after writing that post, but I'm still proud of that post. It's filled with pictures and videos. And it ends with lots of cool... extras, if you will. I include the last song the band ever made, it's a sad one when you think about it, and it's a dramatic technique by me that isn't too hard to decipher. It pulls on the heart strings. I even include Dave Grohl's song about Cobain for extra effect. An artistic impression of the 27 club, for a subject untouched in the writing to be channeled to the reader through an image. Before ending on my favorite of these techniques; having a sort of "summing up" image, here a collage of Nirvana and it's many assets. I do this on most articles, like a more stylish version of a full stop. A way of concluding a piece of writing the same way a filmmaker might end a rom-com with the endearing image of our couple, a films worth of funny, relationship-forming shenanigans behind them, now ready to live their lives happily together, and to be immortalised in audiences minds though that one final image (See! one of those extensive metaphors I was talking about) and don't think I'm making fun of this article, I'm proud of it, and I'm proud of the article and how I've used images and videos as an extension of the writing. Does this mean my articles are better than other bloggers because of this? Of course not. But it does mean I'm doing something other blogger aren't doing. And of that I'm happy.

I'm sure it would be in the interest of public decency to wrap this baby up. It's been a long post. But in the end I did manage to figure why I wrote this post (me proving one of my earlier points again). This is  my real opening to this site. That self deluded welcome page I wrote earlier is now obsolete. I won't delete it. It's important. At least to me. It represents a part of my writing that I hope isn't there anymore. I'm not saying it's there so I can point people to it "You think this post is great, you should go back to when I started to this blog, then you'll see how much I've changed as a writer". It's not like that at all. I think I'm in control of my own ego at least that much. It's more that for any artists (and sorry for describing myself as one, but anyone can if they feel they are, as long as they plan to prove it) the bad parts of them are just as important as the good.

Once again I must wonder what this blog post. Who is it aimed at? and why would they read it anyway? I guess it's because this whole post has been about my inability to update this blog with posts I feel proud of. Whatever this post was, I'm proud of writing it. Before I felt like I was writing this blog through a filter, trapped inside a box, now I feel like I am free to write about anything.