Notes on a British Prom 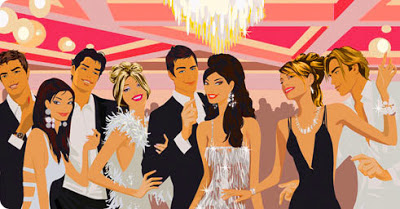 It's too much for a writer staring at blank paper; even worse when it's e-paper. I thought about selling out and making a journal entry post, but once you do that you get sucked into doing it every month or even every week, which comes with a presumption from the internet that I do things that often. Maybe doing such every month makes you grab life by the horns just so your readers aren't reading about how proud you are of completing that sudoku in record time; although I'm not buying it.

Thing is I got half way through that journal post and found the only thing I was journaling about was my school prom. Problem solved. So here's a tone of rambling thoughts on a night that was billed to me as one of the most important nights of my student life; a hyperbole I'm still trying to decipher:

And that was my year 11 prom. I'll have another one when I come to the end of sixth form in year 13, and for all the kerfuffle whirling around this one I'm told the year 13 prom is the one that's actually "important" a term that is hard to place on either. It was a good right, although no rite of passage, it was just a lot of fun with friends (because lets face it; no one ventured out of their self-made group all night) although it wasn't a big send off to the years and to the people we'll never see again, because we all had that with a leavers assembly on the last day of school.

And to be honest that's what I liked about it. Everyone had the grandiose image that American culture has put in our heads of prom. I went in expecting American Pie. It was good that it wasn't made into a big deal. Prom's still fairly new here, my parents didn't even have prom (probably the reason for their misplaced excitement) yet it isn't at all like the American prom. I suppose I prefered the fact I didn't have to face up to my future or grow up all on Friday night. 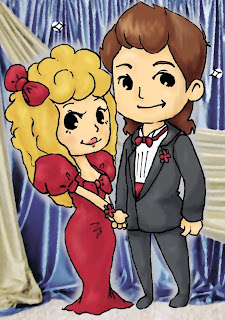