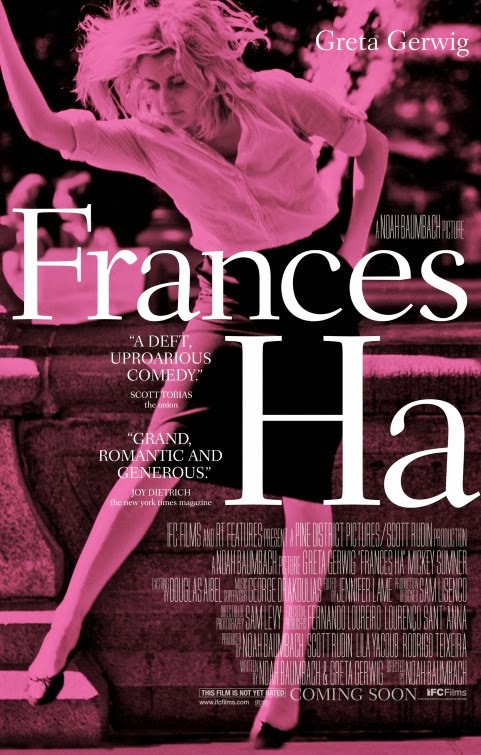 It makes sense that Frances Ha takes place in New York, one of the most romanticized cities on Earth, since it's about being in your twenties, the most romanticized time anyone gets to live through, which is probably why I think it's important to note I'm neither a twenty-something or have ever been one. Even then I'm going to guess that Frances Halladay wouldn't call her life romantic, and that neither would anybody living the same life. Everyone sticks poster's of French New Wave films on the walls and no-one knows how to cook. They all call themselves "artists" and write fan scripts for Gremlins 3. It's beautiful really; they can't say "artist" completely straight and they know full well the value of Gremlins 3, they know full well your twenties is just an excuse to live the twenties cliches and not have to apologize for it.

Frances is a professional dancer, although still worries about the rent (obviously). Ha kicks off when she 1) breaks up with her boyfriend after declining to move in with him and renew the lease on her apartment with her best friend/roommate, only to find out that 2) her best friend/roommate is moving in with her new fiance, making 3) she's been dropped from the Christmas performance at her dance troupe even worse. She manages to land on her feet, getting an apartment with two men society would brand "Hipsters" with one played by Adam Driver who also stars in the TV series Girls, a similar look at modern young people culture. It's the sort of apartment where at one point Frances sits with one of the guys (the other one - played by Michael Zegen) watching a subtitled French New Wave film in the dark. They watch it expressionless, and don't even speak except for Frances' "we need cookies". I feel awkward putting on a mainstream action movie when there's others around and spend more time looking out for signs of their disappointment with my film taste, but the twenty-somethings in Ha don't care, they care about some things, and that they do it passionately, the stuff that doesn't matter but we all secretly wish mattered. It's great and they don't even notice it.

Frances herself, played by Greta Gerwig who also co-writes, is sweet and charming and very quickly puts you into a hypnotic spell, even if she hasn't yet figured out she isn't the most important person in the world (which, please note, is very different from thinking you are the most important person in the world). In one scene Frances sits through a diner scene with a group of (mostly older) "normal people": she speaks for too long, telling them things they can't possibly be interested to hear. She talks about herself and even does some "oh look at me being all normal" jokes, including one about a diner guests new born baby, and outs herself as one of those people who tells you the names of everybody in her stories despite you neither knowing them or caring. Then remains oblivious to the fact that it's only her enthusiasm and general politeness that is filling the dead air in the room. In the scene after, lots of drink in her, she describes that "one moment" the magical one she longs for in a relationship, and she describes it as the mystical movie moment is certainly is. The camera doesn't cut away from her while she speaks, the other people's reactions unimportant to us and to Frances. It's telling of her character, only looking at herself, but only in a nice un-damaging way, one longing for happiness.

Baumbach (Director) says he wanted the film to look like a debut although on that account he's failed, no debut I've ever seen has the swift confidence of Ha, 86 minutes that fly over. It's filmed in black and white, but not the sort of grainy colorless-ness you'd associate with being young and broke and with a cheap camera but a beautiful black and white, right out of the French films twenty-somethings feel obliged to watch. That's because as much as Ha is a realistic film in many respects, it's a fantasy for everyone not living this lifestyle. Frances is very happy being herself. She takes unwanted chairs into the street and writes ironic notes for the finder. She goes to Paris on a whim for no apparent reason, similar to the on-a-whim holiday Ben Stiller almost goes on in Greenberg (Baumbach's last film) before realizing he isn't Frances' age anymore and has the responsibilities she doesn't have yet. In Steve McQueen's Shame Brandon runs across the NY streets with a static sideways tracking camera and nothing but the sounds of the streets with him; in Ha Frances runs through the same streets dashing and twirling through the people, the camera from a diagonal angle, somewhat imperfect, while bouncy dance pop plays in the background. This isn't the complete u-turn from Hollywood convention that the New Wave was, there's a want to entertain in Frances Ha that sticks out like a big red throbbing heart among the black and white. 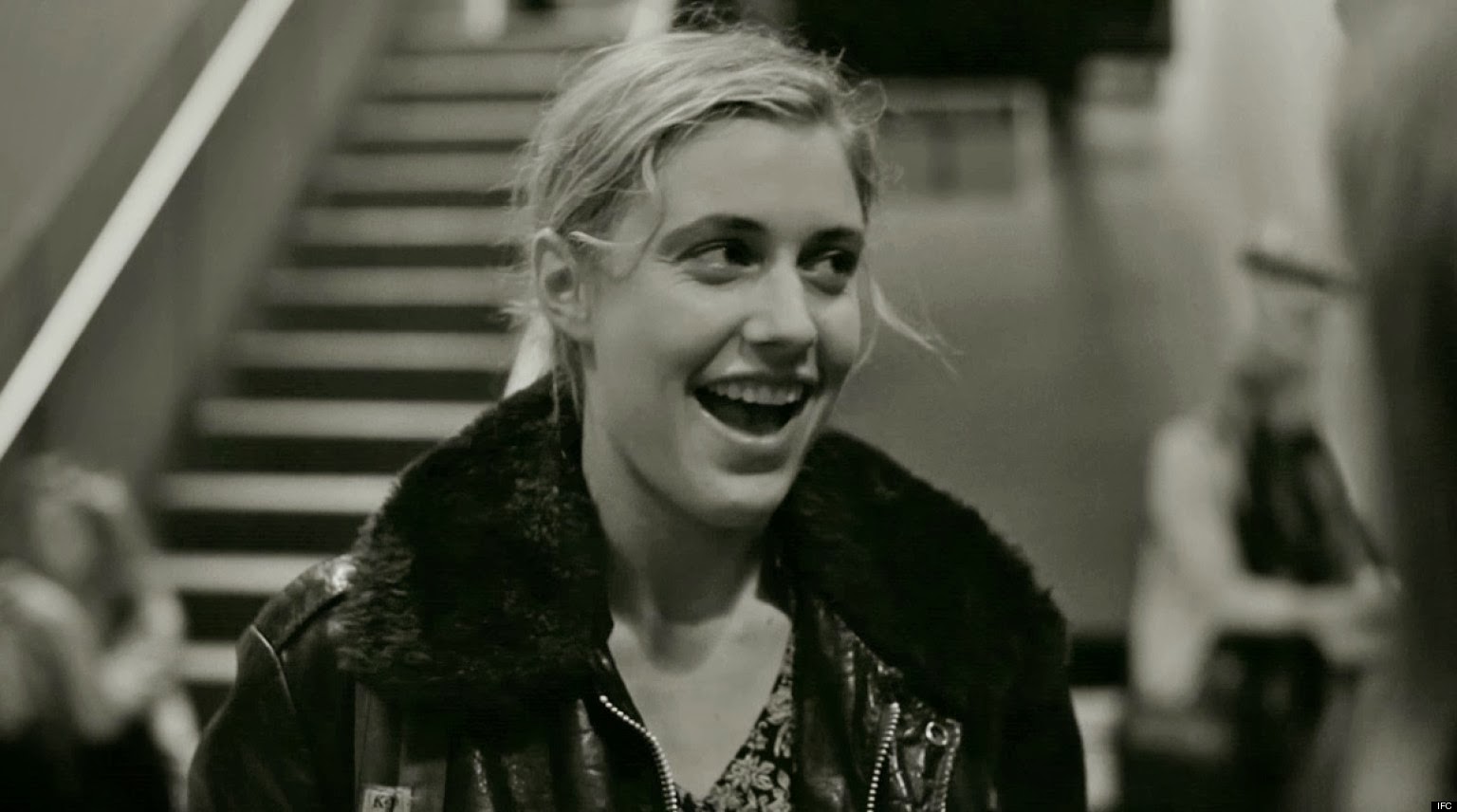