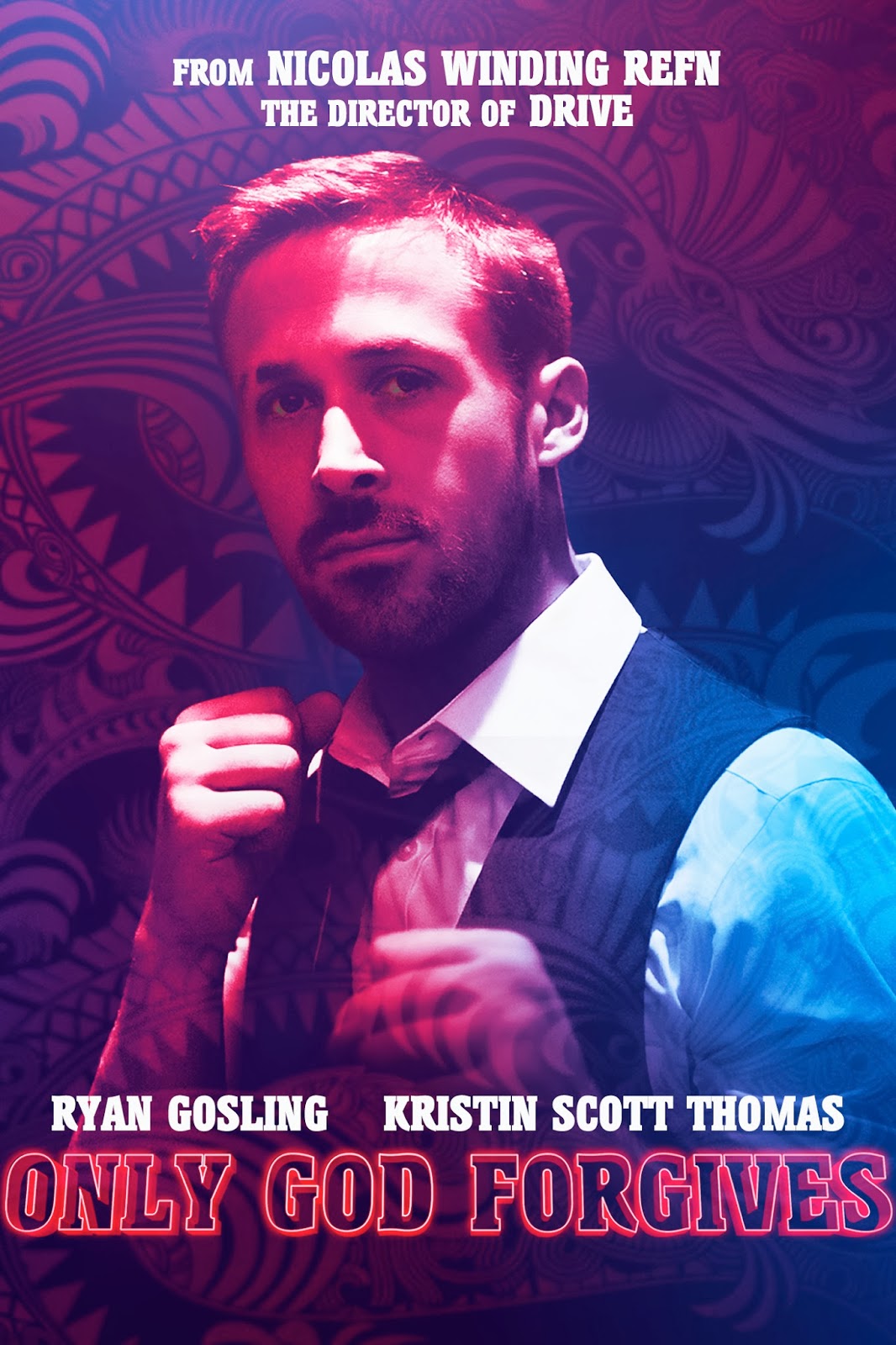 Since Only God Forgives was panned by critics at last year's Cannes Film Festival people have acted like this is an already forgotten gem, seemingly going in with such sub-zero expectations that the reviews since have been mostly positive, although most carrying an "I get it and you obviously don't" vibe. I know this because I wanted to have this vibe going in, or I at least wanted to really like the film, which in the end I did.

The hype surrounding the film's original screening was brought on by this being directed by Nicolas Winding Refn, and this being his first film since Drive - a much more accessible film but not necessarily a better one - which audiences can't be blamed for expecting a repeat of being that both feature Ryan Gosling in a fiery action hero role, or at least in the marketing they do, and both are violent thrillers that take much more influence from the action cinema of countries that aren't America (Drive had a clear influence of European action films - OGF points to Korean action films both in style and setting). Although despite what you might think, going into the movie expecting a total u-turn from Drive isn't the way to view OGF which is less a Hollywood-spoofing action flick (or "commercial suicide" as the naysayers claimed) and is actually a straight up surrealist drama with a re-occurring karaoke scene throughout just to drive home the David Lynch vibes.

The story is set in motion when an American named Billy, living in Thailand and working as boxing promoter, rapes and kills a fourteen year old girl, and in turn the head of the police (corrupt - at least in a sadistic sense) let's the girl's father take bloody revenge. Billy's brother Julian (The Gos) is ready to let things slide until his overbearing mother Crystal (Kristen Scott Thomas - the film's standout) arrives and see's it as expected that one brother would avenge the other. This set up is pretty simple, and in Hollywood could have even been the logline for a mundane action movie, although after getting the basic's down the film quickly changes into a much vaguer form and you hit the point I'm guessing most original audiences gave up. 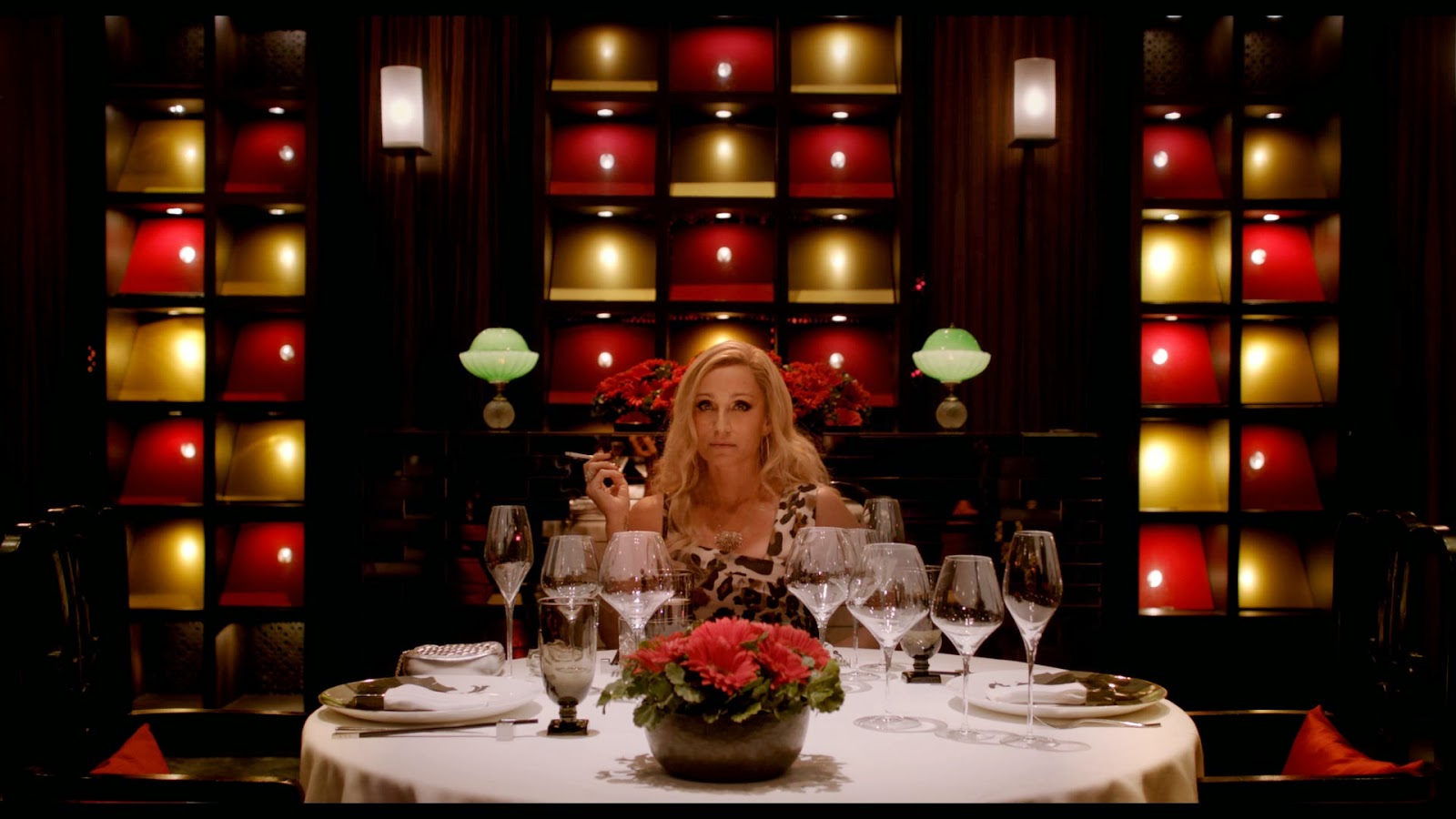 Then again to criticize OGF for being a niche art movie only wrongly advertises Drive to the three people who still haven't seen it yet as a run-of-the-mill actioner when it too could be seen as an art movie: Drive too was filled with symbols (it's continuous use of masks) and it's focus on visuals instead of dialogue, although the difference is that Drive also worked on a surface level as a satisfying action movie, the Driver's mechanical movements and little speech calling back to mythologized heroes of the wild west and interpretation of the film's visuals un-needed in understanding the plot. While in comparison OGF becomes a mostly blank slate without the viewers interpretation. Some images persist throughout: the karaoke scene, Julian alone in an neon-lit hallway, a hand being sliced off. These, as well as the floating feeling the film's staging has, continue to the point where what is real and what is fantasy become impossible to differentiate, or more importantly to the point where it doesn't matter. As I say, straight readings of the story, barring a plot twist near the ending, offer little value on their own, so interpretation is really the only way to view OGF.

Talking about style Refn has called OGF a "continuation of the language" of Drive, although the directional styles in both films are very different. The direction, at least at the start of OGF, lays it's mechanics out for all to see like few films do, stretching out shots as if to make sure you don't miss the mise en scene. At one point we see Julian walking through the streets. He walks left across the screen, which like many scenes in the movie is set out like a horizontal stage. After the shot has had enough time to sink in we cut straight to Billy walking right across the screen. The brothers opposing each other, get it? It's a smart system actually: providing the viewer with total clarity at first before going into an override of confusion. I won't rate Refn's direction as what you get from it will really depend on whether you want anything from it, although I'll at least praise the visuals, which are beautifully lush, without being overly-showy, throughout. The film itself is dedicated to Alejandro Jodorowsky, who isn't dead which makes this a stylistic influence Refn wants you to know about. I've only seen 10 minutes of Jodorowsky's filmography, which was when I attempted to watch El Topo before turning it off through sheer boredom. That too was a film completely ruled by it's images, although Refn might have tried something similar with OGF but he throws you enough rope that you never feel lost.

I've already said I liked the film, I thought it was a great one actually, although like many great movies that don't make it their top priority to entertain it was constantly on the edge of losing my interest. I wanted to rewatch it almost straight away, which reminded me of when Paul Thomas Anderson's The Master released and almost every critic praised it to high heaven before signing off their reviews with a line about how they need to see it again before they'd know exactly what the hell it was all about, which infuriated many people. So many people wanted to watch again knowing the whole story, and the unconventional beats of the story, which is a similar thing with OGF, a second or even third viewing won't suddenly put the pieces together, but you will know from the start that everything your seeing from the start is an actual piece that needs deciphering to some degree. What's actually here are only building blocks: in one scene Julian takes a stripper, who he's been starring longingly at for a long time, out to diner with his mother. What follows could easily be interpreted as revealing a disturbing (and explanatory) incestuous relationship between Julian and Crystal, as does Crystal's introductory scene, although as for what's on screen, this is as much an incest story as Steve McQueen's Shame. Even the relationship with the stripper is left open, is it all about money or is there something there? Or how about why the police captain lets the father take revenge? Not only the details of these characters are held from us, but the lines of their reality too. Interpretation is all that OGF, which is what's made it so hard for people to write about, but also what I found so great about it. 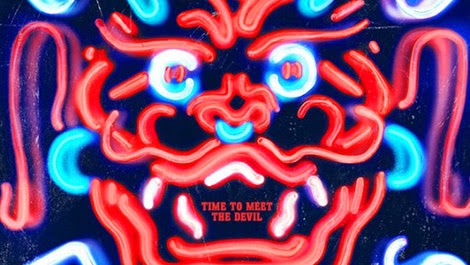