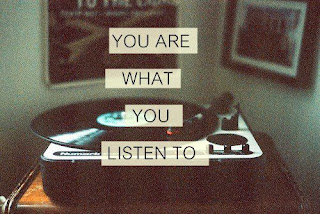 Around two weeks ago I came in from my first driving lesson, it having taken much less than the duration of one lesson to figure out driving doesn't come naturally to me. Or more precisely: I'm shit at driving, which put me in a mood for the rest of the day. I mostly just moped for the night; glued to a computer screen accomplishing very little, and listening to my new musical obsession, which I had discovered only that day, The Smiths.

My mother had recommend me The Smiths, which seemed good going off the strength of Elvis Costello, her previous musical recommendation. She advertised them to me telling me they had really depressing lyrics, which she found funny, which to be perfectly honest left me indifferent. Since then I've been making my way through their albums chronologically, so far listening to The Smiths and Meat is Murder, two very good albums.

My favorite song of theirs so far is "You've Got Everything Now" which has Morrisey throwing out such gleeful phrasings as "Oh what a terrible mess I've made of my life" and "I've never had a job because I'm too shy". Hell, even the romantic lines are bleak: "I've seen you smile, but I've never heard you laugh". They freaked me out a little on the first listen due to the bluntness; it was actually Johnny Marr's guitar work that had me listening on repeat. The hook is addictive and as the riff picks up towards the end the whole thing starts to feel uplifting. Not happy uplifting, but certainly a bright light at the end of the tunnel each Smiths song creates. It's an obviously weird combination; the music is very R.E.M while the singing and lyrics feel very Ian Curtis, yet it's that combination that has made me make Smiths listening a daily thing.

But it was impossible for me to listen to The Smiths and not start wondering about depressing music. Of which is there is so much. I don't believe depressing music is just for depressed people, mainly because that's not all there is to it; certainly people like to just rock out or admire, but so many people claim they listen to Joy Division or Nirvana or Alice In Chains because they relate, that they find solace in knowing people feel like they do. Only I don't believe this; people do feel better in the knowledge someone was sad just like them, and they probably release something hearing Johnny Rotten being just as fed up as them, but I don't believe that's it, I don't believe it's all about the people; I really do believe "depressing music", even it's very sound, does help people in some way.

Going back to that shitty day coming back from driving I could have very easily put on Katy Perry or Taylor Swift, or even The Rolling Stones or Outkast; serious artists but in no way depressing, but I didn't. I would have been listening to "22" or "Roar" and I would feel excluded from it all, not because the sound is vibrant and happy, but because that music tells you so simply what it is. There's no mistaking it for anything but cheesy, throwaway, very optimistic, party pop. The Smiths don't sound like this at all, they sound uplifting and suicidal all at the same time. I would listen to "You've Got Everything Now" just hoping to reach that high off of the guitar riff. Eventually I became numb to the other lyrics, and the depressing vibe of the verses. It felt like I had conquered the song, that I had made it uplifting despite what it very clearly was.

People say people suffering depression see things more realistically; that they skip past the usual bullshit and don't bother with the surface happiness because it's usually fake and manufactured. That's why the Smiths, and all depressing music, is great: because it doesn't offer happiness but it has the potential for. Most "happy" songs work by themselves but depressing music doesn't, it needs part of the person listening to work. That's why listening to this sort of music in a group doesn't really work; because it's hard to give away part of yourself while there's other people there. I'm not sure if "You've Got Everything Now" really picked me up that day, but it let me in, and let me be depressed with no questions asked.
Posted by Bigplatts at 20:42