American Dream Under Sweltering Heat: Kerouac's On The Road 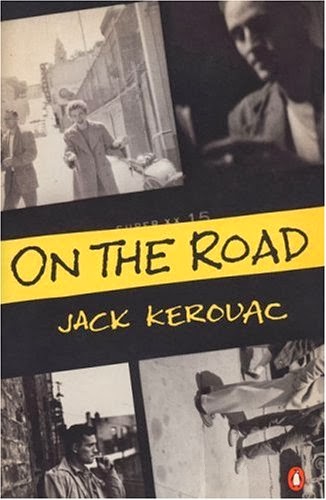 While reading On The Road I would sometimes stand up and walk around while reading; doing circles around my living room table and repetitions up and down the stairs, as if simply sitting down wouldn't be able to harness the life force of the words on the page. I guess I walked around for the same reason Dean Moriarty continually has to take his top off while driving: because there's something more primal in doing it, getting closer to the earth, closer to the road, in my case closer to Kerouac.

I read the book after enjoying the film, watched last year as I tried to watch everything on Netflix before the month free trial ran out. Its a brilliant film actually, one of the most unfairly mangled of recent years; and it made me feel so terribly depressed inside. Same as Dazed and Confused: the first time I ever watched D&C was during a summer holiday when I was around 13, 14, one of the best films I'd ever seen at that point (and still is), and after watching I felt almost suicidal. The film is about a group of American high schoolers, simply living through the last day of school, and ending as the gang ride off onto the open road. I remember lying in bed after, awake until the early hours of the morning, thinking of the endless possibilities that that open road represented. Thinking about the whole movie's glowingly nostalgic view of its director's own high school days in the 70s, then feeling trapped in my hometown, wanting the life on screen. Watching On The Road gave me the same feeling: it made me want to be a writer, want to be in America traveling around meeting people, the mad ones, the ones who never say a dull thing; to drink and dance and fuck and write. Its inspiring to the point of mania. It made me want these things so much it makes me not want anything at all: Kurt Cobain put it perfectly when he sang "love you so much it makes me sick".

That's what On The Road is really about (I'd say I didn't want to spoil it but like any road trip worth having: the journey's more important than the destination), about using up that energy everyone senses on the horizon of a night without sleep, the energy that must have hung around the beats, and using it all up to the point of burnout. Things are told from the perspective of Sal (Kerouac in disguise), a Nick Carraway-esque figure of not quite blankness, but enough transparency to allow you to imagine yourself making most of the same decisions; Sal's default work-towards in life being getting his book written and settling down with wife and kids, all of which is dropped whenever Dean rides into town. Dean too wants to be a writer and poet, wants to observe the world like Sal and friend Carlo Marx (real life: Allen Ginsberg), tragic in that he can't, not for lack of talent, but because he isn't like Sal and Carlo, both standing on the edges of parties, happy and content but well aware of everyone else's happy and content-ness more than their own, unlike Dean who is the party, lost in a sea of long wishful desire and the excess of its fulfillment. 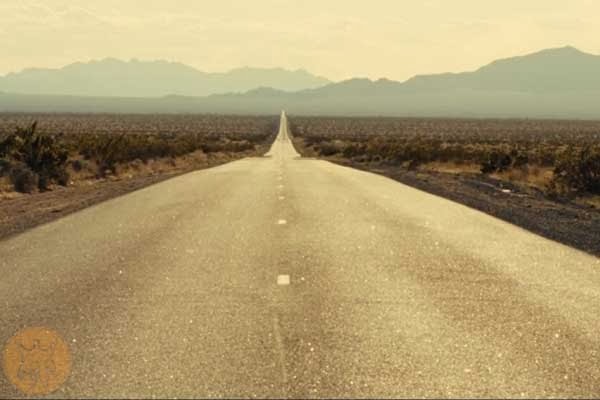 The book isn't without fault: the "intro" in my edition of the book describes Kerouac's struggles to write the book, and later to publish it. Based off of Kerouac's real life trips in the late 40s, the multiple turn-downs for publishing lead to multiple re-writes, apparently leading Kerouac to streamline the book by combining multiple of his trips together, although even then the book sometimes feels like an overload of the Sal-Paradise-settles-down Dean-comes-calling Sal-and-Dean-head-off-into-sunset formula. Some sections read like a tedious list of place names. Through every trip we get the city-by-city breakdown, when, as the name suggests, it's neither the geography or (as mentioned before) the destination that's important here - the destination of the final trip ending up being the book's point of tragedy - but the road that we're interested in. There's nothing there but the people and the cars, youthful human nature trapped inside a traveling box, leading to the best moments of the book, the smaller, more personal moments; for example:

Sal and Dean and the rest of the gang (which usually means one of Dean's lovers, a random friend, and possible hitchhikers) are traveling when they pick up a hitchhiker who says he can pay his way by getting money off of his aunt who lives out the direction they're going near a gas station. Eventually they reach their destination, no aunt to be found, the kid, who leaves quickly with no thought to paying, only having known a gas station existed somewhere out here. Later they pick up another, who gives the exact same story of an aunt out somewhere in the direction they're going who holds their payment for the ride. At first a repeated moment like this seemed like a strangely obvious laziness on Kerouac's part, although right after Dean starts yelling, joyfully (paraphrasing) "ha, hear that, we've all got aunts, get in kid" yelling with such delight for the mundane craziness of the road. Kerouac clearly had big ambitions, he wanted parts of his story to be about the search for Dean's long lost father or the story of Ed Dunkel who abandons his wife to join Dean on his travels, although these end up the weakest parts of the story. The best are the kids running alongside the car outside of Mexico, the kids Sal knows would run beside the car into other countries if they went slow enough; and Sal's short lived, and very boozy, job as a night watchmen at a camp for merchant sailors; and of course the boys stop off at "Old Bull Lee" (William S Burroughs)'s place. These are the moments that last, the moments that feel alive enough for Kerouac's own terming of his writing as "spontaneous prose".

The film obviously had to miss things out, but does a good job streamlining all of Sal and Dean's trips, and why it has gained the reputation it has is beyond me. The film uses a rapidly quick cutting style, that style long hated by film snobs, to get across Kerouac's speedy words, while Sam Riley proves again he's underused for no explainable reason, here with a deep, husky voice and un-judging stare. It misses many of the moments I mentioned before along with a number of sub-plots, but it hits its emotional marks with a swiftness that Kerouac's book lacks in the heavier moments. Sal's final time with Marylou, one of Dean's mistresses, in San Francisco, is in the book a long, drawn-out, murky affair, showing days go by as a relationship that both members knew - but didn't want to admit - had little substance slowly wither away, while in the movie its one last screw and goodbye, an acceptance that love doesn't always need to be in the equation. Or on the boys last trip, to Mexico, where Sal/Riley's single tear expresses what Kerouac didn't seem to want to write, an acceptance that Dean, if not a bad guy, is bad for those around him: he is an addictive poison of a lifestyle. Although it's the ending the movie gets most right; the cliché that going back and reading the book after enjoying the movie will only enhance the movie on further viewings is in reverse here. The ending (and the only real spoilers of this post):

The ending takes place not long after Sal's return from the Mexico trip. In the book Dean returns to him, for the first time seeming a burden on Sal's life, who shows little interest in jetting off into the sunset now his life has matured into something more permanent. Both the book and movie are tragedies, both revolving around a final meeting: Sal, about to get into a car to a concert with friends and girlfriend, is approached by a scraggy looking Dean on the sidewalk. The two talk, then Sal gets in the car and leaves, an obvious symbol of his choice of his new life over the old one. I won't say Kerouac's ending isn't good stuff, but in the book Dean arrives in town a few weeks earlier, talking to Sal and Co. the whole time, his appearance on the street just another turn up; which drags things out too much, taking away the gravity of a moment that feels like it should be the one to slice down the whole American Dream; Kerouac seemingly finding it impossible not to tear it down after bigging it up so much. In the film Dean hasn't been there for weeks, instead he has been unseen since the Mexico trip. His appearance from the darkness of the night, on some lonely sidewalk, so much more tragic. After, Sal is shown at his writing desk, going over everything we've just watched, the character's identity here somewhat blurred with Kerouac's as the writer of the book, ending with that lone image of Dean Moriarty standing there in the night, the one we saw as the car pulled away. That book gets it right in its final line, also used in the film, thinking back to Dean Moriarty, but it doesn't get the urgency of that final meeting right. This last moment of one kid's adolescence as he turns his back on the kid who gave him it in the first place, leaving him there to wallow alone in his own fun, once so beautiful and divine, like the very energy of the human race maximized to its zenith, now turned black and soulless and burnt under its own sweltering temperatures. 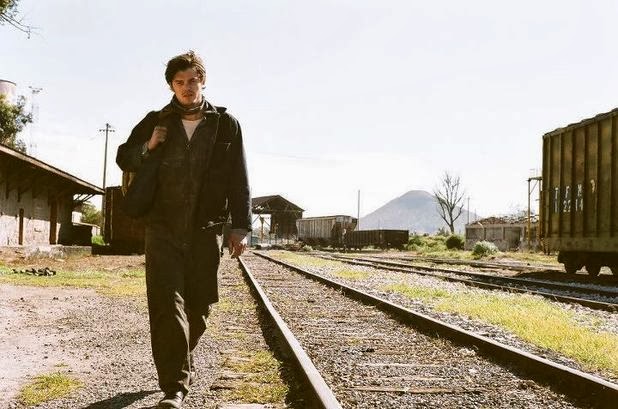