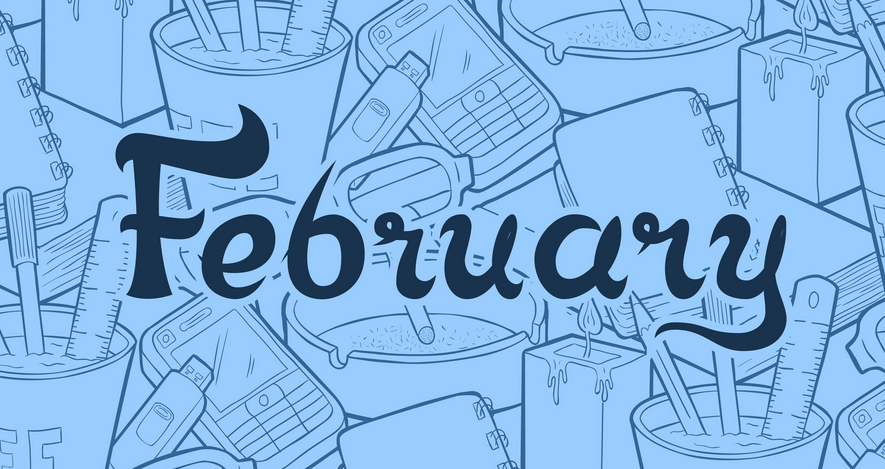 - I haven't posted here in the last few weeks: I was hit by a wave of depression mid-month, which I've recovered from now, although which depleted my enthusiasm entirely. The only writing I did in that time was a review for The Wolf of Wall Street, the best movie I saw all month, which the ever-brutally honest imdb posters were happy to tear apart. I somehow managed to forget everything I ever learned about writing while working on the review, hence why its no longer on the site. It was terrible, but it got me thinking about writing and voice and all, hopefully coming up with some answers for myself; so I consider my time off worthwhile. I'll get back to regular posting in the next few days.

- About a week ago I saw a friend of mine called James, one of my best friends from high school, who I hadn't seen since his birthday in November. I got dropped off at his house in the next town over, and slept at his with another friend. He set up a disco light in his front room and we danced for about two hours, me awkwardly, before his mum came home, in which we retreated to his room to spend the night watching funny videos and sipping Bulmers. We only had one each, me not even finishing mine, before all accepting that we wouldn't get drunk if we drank them all anyway.

- School remains a giant ball of stress. We're studying The Great Gatsby in English: I couldn't really tell you what I thought of it as all the excerpts we've read out in class have been much more romantic and fluid than anything I remember from my very dry reading of the book last summer. The movie came on TV (perfect timing) and it was an experience to say the least. The direction crazy and distracted, but undoubtedly passionate about the source material. I didn't really enjoy it although I'm glad someone made it.

- Speaking of romantic prose, I read Jack Kerouac's On The Road. It's overlong in places and place-name filled descriptions of cross country travel become tedious but it's inspiring stuff. Its classic status doesn't confuse me like some do. I would stand up and walk around the house while reading, as if sitting down would do some physical dis-service to Dean Moriarty, who's a character made up of pure energy. I'll still champion the very unpopular opinion that the film is better though.

- On internet reading: anything on Nirvana is good to me, and this out-of-nowhere post from someone who booked the band not long before Cobain's suicide is at least a different perspective on a well documented event. I started reading a lot of Tao Lin this month, maybe in preparation for reading Tapei, and after a ruff start I managed to get into his style. The best of his I've found so far was this: on doing a reading on mushrooms. Plus I spent the last week or so trying to discuss Alex Turner's Brits speech with anyone who would listen. I didn't actually watch the Brits myself, just heard about them through snippets, friend's facebook updates, and through hilariously bad journalism like NME's take on the speech, which makes me want for some more Jim Morrison-type rockstars, if that isn't a bit of a selfish wish. Plus this great piece on women and poetry/art in general.

- I'll dedicate this post to Philip Seymour Hoffman, who was on my (and I imagine every other film fan's) mind all this month. Magnolia didn't need to be a sadder movie than it already was. The coverage freaked me out too: I've now read detailed reports of Hoffman's last few days, and got the overview of the last months of his life in general. It was nice to see postings of his graduation picture and him in his student dorms in the 80s, but to see news sites post pictures of the cash machine he'd use on the day of his death, to buy money for heroin, to me felt too far. People say modern celebrities are treated like gods because of modern gossip culture, but when something like this happens the opposite is true: they are demythologized and torn apart. A great actor that will be sorely missed nonetheless.