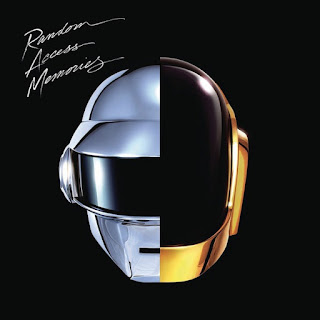 Random Access memories has been touted as a celebration of music itself, a confusing title if you ask me, especially for such a complex album. It's the sort of album that needs more than one listen, and definitely needs more than one listen if your a Daft Punk fan; if you think you know what Daft Punk delivers then it will take a while to realize they can do a lot more. But the reason such a title confuses me so, is because I didn't know music, true music, could be celebrated this way. Punk music was a celebration; it took music back to it's simplest form and was more about the emotion (usually anger) created and less about the technical mastery. And it's technical mastery, albeit mastery done with finesse, that RAM is all about.

It's also about the past. Most specifically the 70s. Not that this would fit alongside the Zeppelin's and Floyd's of that time, but that the candid duo have enlisted help from a number of musicians; many of the from that time, although the comeback kid of the record is Pharrell Williams, who's vocal power is (at least for me) a great release from those damn robot voices; what has seemingly became the biggest barrier between me and Daft Punk fandom. The 70s influence comes in through the bigger focus on physical instruments. It's still dance music (some of it anyway) but the other dimensions coming into play, the biggest of which is the guitar, meaning this is a more natural style of dance music. The computers are still their, but this music actually sounds like it's coming from actual human beings and not robots. There's real emotion in this music. That's not to say the computer generated anthems of Daft Punk yore where emotionless, but they had a slick, all too perfect emotion to them; like the band pressed a button to gain this sort of response, and then this one, and so on. Here the songs, as crisp and clear as the finished production sounds, has a realness to it.

And the realness and emotion that is summed here is a lot more downbeat than the duo have hinted at in the past. In songs like Touch and Within the very facets of living for their robot persona's are questioned. As lyricists this is Daft Punk's highpoint. The album may not be a concept album but there is a common thread running through it; sort of a mini-narrative that deals with the want of machine to become living. Yet what's interesting is 10 years ago such a narrative would have played out with an inspiring album about becoming alive, most likely through the help of a disco-friendly beat. But here the band drowns such themes in sadness. I wouldn't ever say an artist had "matured" which is to say their older work was not the work of a mature artist, which in this case it clearly was; Daft Punk always knew what they were doing, but here their aim is completely different. They do deliver their dance records; you've already heard Get Lucky, and Doin' it Right brings Daft Punk back to the dance floor, and believe me these tracks aren't done in any sort of obligation, their inclusion is as organic as the rest of the track listing. 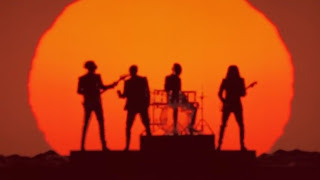 But if their not dancing then what exactly are they doing? They actually go so far in the other direction sometimes that they permit themselves to be an art band, although they will never get that title as they never stop the beat; even on the most un-commercial of tracks the duo never quite give up on the idea of fun. Giorgio by Moroder is the most obvious of these songs, with the title man himself (another 70s link) talking about his music innovations for the first half of the track. The techno track that Daft Punk puts on to support Moroder isn't half bad, I just wouldn't ever listen to this track for please. Nor for the obvious craftsman ship (or at least nice idea work) thats going into it, to be honest. What I'm trying to say is; a song like Giorgio by Moroder so perfectly fits into the framework set up for this album that you forgive the fact that it's completely unlistenable.

Truthfully, none of this would mean anything if the album wasn't a fun listen. It's certainly not an easy one at times. And Daft Punk, not for the first time in their careers, manage to subvert the hype away from what everyone thought they were good at. But in the end only half of the stuff here is still going to be on your playlist after your initial listen. Get Lucky is the best track on here, and despite being the album's commercial watermark it's also the best example of what this album's about overall; it's not dance music but you won't find it hard to dance to. Williams also gets to be a part of the next most-catchy song in the form of Lose Yourself to Dance, while Fragments in time is another song with a very catchy disco beat that blurs itself into naturalistic music.

Looking back I wouldn't listen to a track like The Game of Love, a slower paced song with a twisted sort of romanticism at it's core, again. Not that it isn't good music making, it just doesn't invite me in. And tracks like Motherboard and Beyond left my conciseness as fat as they entered. But to critique these tracks on the basis of simply not being memorable dance anthems is to miss the point ever so slightly; Random Access Memories, one of the best albums to come out in years, is a lot more than the sum of it's parts. 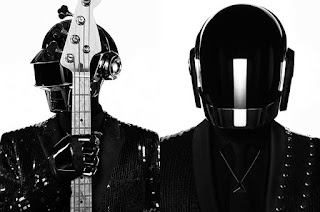 But to end this review I'll go back to the beginning of this whole story; not the exact beginning where Daft Punk entered but when I did. I'm no Daft Punk aficado; not even a fan (although this album has made me consider that standing). I do have a friend at school who's a fan, a sort of Daft Punk to my Nirvana; the reason I ended up hearing the album a few days before it's release when it was released for free on the internet. And also the reason why that listen wasn't an exploration of a new album but an obligation to listen; to see what my friend was on about, and to be able to join in the conversation. It wasn't until the albums actual release when I started to treat this album as an entity of it's own; a testament to the extra layers Daft Punk have put on their music this time (or maybe it's just empty pseudo art, so well done that nobodies noticed?), but also telling of how much this album doesn't attempt to be listenable; the starting place for Daft Punk is still 2001's Discovery.

Coming away from the album my first point of reference was Pink Floyd's Dark Side of the Moon. That wasn't a dance record, and it was by a band very invested in their live instruments, but it was also an album very clearly made (and made better) by a studio sound system. But unlike so many albums that feel over-polished (leaving them lifeless) Daft Punk have got right what the Floyd boys got right back in the 70s; they haven't added any over-complexities to the sound, neither have they washed away the human-aspects of the music, they've simply sprinkled some magic all over this album. It's an album very clearly made by humans, but then again, surely only a couple o' robots could have used their metallic wizardry to craft a record like this. 9/10