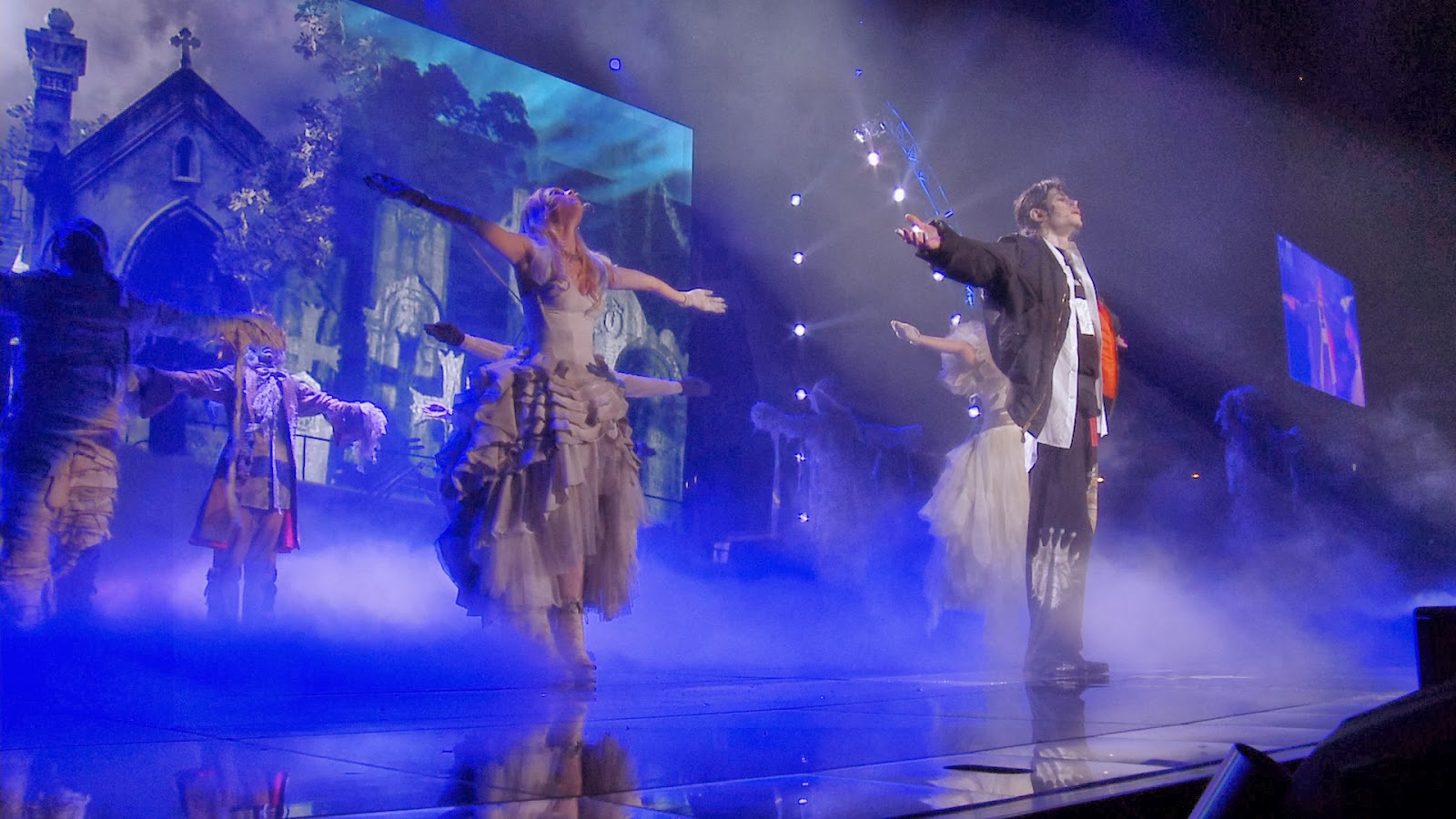 (I don't really know if this was meant to be a journal entry or 'in memory' type post: I wanted to write something about the day Michael Jackson died and here it is)

The morning Michael Jackson died, or at least the morning after when we all heard about it, I woke up and re-enacted the same routine I'm (depressingly) still doing now. I'm too tired while wetting my face and eating cereal to notice anything, in this case the news; meaning I left the house thinking it was just a normal day.

I walked to a friends house. We'll call him Raj because I don't speak to him anymore to ask permission and probably wouldn't have bothered anyway. He was Indian but born here. He was a sporty type, which clashed with me who doesn't even like sporty video games, and he grew up in a strict family, or at least one that must have filled him with pressure: his sister was a trainee doctor (probably a real one by now) and his dad a maths teacher. A good example: in Raj's living room was a cut out of his only bad school report from years before which his dad had cut out and sadistically glued to the wall and left there for everyone to see, probably still there now, which I found sickly funny.

I sat in their cosy little living room every morning waiting for Raj to be ready, never figuring to just arrive later. He came down that morning and said "I guess you heard that Michael Jackson died" I told him no and after some seconds he summed everything up with "it feels weird, doesn't it" which it did.

Raj's dad was teaching at our school and gave us a lift. He never taught me although I heard the horror stories from friends. In the car Human Nature played on the radio, which I'd never heard before. I should say that I had never given much thought to Jacko, hadn't really tried to get into his music, although I knew who he was. Raj's dad said Raj was a big MJ fan, which I had never figured, mainly because I'd never managed to pin-point which demographic, be it age or gender or country of origin, was supposed to be into Michael Jackson. The media said everyone loved him but up til then it never crossed my mind that anyone really loved him.

I remember the details of the day to a weird degree: it was soggy grey and raining outside, as if the weather itself was feeling sad for our lost hero; and my first lesson was something called "Learn 2 Learn" one of many lessons my school made up. In it we sat in the sofas in the corner of the room and discussed Jacko.

Most of us just made fun of him. He was a pedophile, and that whole thing about not being charged is really murky, and simply ignored by most people. He went from black to white and had that weird nose. He dangled his kid off a balcony. I suppose if I grew up in the 80s I would have seen him do the moonwalk for the first time and release the world's best selling album and marry Elvis' daughter. I suppose it all seemed like some crazy performance art; someone in the center of the disco lights firing himself upwards to the place of mythic celeb-god. But I didn't grow up in the 80s, I had the 00s, better written as the noughties, instead. I didn't know he had got married or ever even had a reported relationship; from the videos I thought he must have been gay. I never suspected his success anything more than other 80s pop stars who occasionally got their turn on the music channels. To be honest I only knew him as the butt of the joke. Some knew Jackson as some sort of megastar genius, but I knew him from a Russel Brand routine and a South Park episode.

One of my friends in the class, who was in the sofa conversation, was Jack, still the only Scotsman I ever met. He was a funny man and had a real confidence to him, like giving presentations and talking to girls, and I'm still not sure if that's what most Scotts are like or if that was just him. I never saw him more annoyed than on the sofa, he called Michael his "hero" and shouted at us everytime an insult came out. Based on his defense I'm guessing he read the Michael Jackson Wikipedia page damn thoroughly. He explained the abusive father, the falling over and broken nose, the pills which changed the skin (y'know, because we all thought that was surgery) and about how Michael Jackson was just some genius who we didn't understand and needed to stop making fun of! We didn't though.

Fun fact about my school: instead of a bell that just rings to signify break or home time or whatever (like those disgusting "normal" schools we obviously don't want to be associated with) our school instead plays Aretha Franklin's Respect through the school at a horrible volume. It's like the Ludovico technique in that I feel only inner violence and anguish if I hear the song outside of school. We went down and asked some teachers if we could get a Michael Jackson song to play today instead, starting up a "rumour" that something by the Jackson 5 was gonna get played, probably Blame It On The Boogie, although they never played it.

That was the day really, it made me feel indifferent. I remember it well though, just like old people who always say they know where they were when JFK got shot, and MJ dying is still the only event I've lived through when I've felt connected to the whole world. I watched the London Olympics Opening Ceremony while everyone else on Earth watched with me but I only felt connected to Britain, who were all looking in at themselves, but when MJ died we weren't all looking at Jackson, probably because no-one knew where to look.

I felt most connected a few days later, or whenever it was, when Jackson's funeral was televised. According to the news billions watched it. The crowd was bigger than I've ever seen turn out for any artist in concert, and the celebrity list was probably the biggest ever assembled. The man himself, in the coffin in the middle, hung over the whole thing. He felt bigger than the stadium where it was all taking place, burning brighter than all of the millions of lights constantly flashing from the crowds. It felt like royalty dying. His kids were there, Blanket - the most parodied of them - is the only one I knew the name of, and they were all dressed up like the kids of a recently deceased military general who had just died in the heart of battle. Jackson had been such a big star there wasn't even any pressure hanging over his kids, no expectation they would follow in his footsteps, because you couldn't really compare someone to Michael Jackson when he wasn't even human anymore; I mean sure he was in the flesh, but in the media and all, even long before he died, he had ceased to be a human and just became an idea, a giant invisible force that everyone knew about, just floating up there in the ether. The sunglasses he wore so frequently never made sense to me: most celebrities hide themselves behind shades but Jackson had nothing left to hide, he'd showed it all.

Then the comedians moved in and had a riot, not that they waited til after the funeral: most comedians got straight to it. Most dead celebrities have a waiting period til they're back on the menu but not Jacko, because as I said, he wasn't flesh and bone, not even in that coffin, he sacrificed that long before, and I guess the tragic narrative so many paint around him (the lack of any movie really is surprising) was him spending his post-success years trying to get the flesh and bone back.

I still haven't gotten through much of MJ's discography. I listened through Thriller which has some great stuff on it (the opening track) some piss poor stuff on it (back to Human Nature) although in the end is hard to listen to as a normal album being it's mostly a collection of such huge hits that most of it's sounds are just part of the status quo. It's close to sounding like an album long cliché. It has the same too-far-to-touch-up-close feeling as it's maker.

The last time I really saw Jacko was on the Christmas day just past. It was night time and everyone was a bit tipsy. Jackson's This Is It show was on TV, which was a gig from his final, uncompleted tour, although I admit we could have been watching a behind-the-scenes documentary since I don't know what's in the film version. My uncle went into a rant about celebrities and how they don't give enough money to charity, and how Jacko himself made all those songs about inequality and helping Africa but he didn't give his actual money away. He even gave us some statistics about how much it would take to stop disease/hunger in third world countries and how if Jackson really cared he'd have just given all of his money away, literally the whole pot, and solved the world's problems in one fine swoop. I do know this argument doesn't make complete sense, even if I haven't got any facts and figures, probably because I'm guessing Jackson did give a lot of money away and not just do songs, and probably did care quite a bit.

I noticed something then though, while my uncle was on his rant and my dad was telling him he was wrong and neither was standing down. I was just looking at the screen and watching Jackson dance during rehearsals. I looked on the screen and realized Jackson was as much alive there - on stage on our living room screen - as he was when he was actually alive. We all made a big deal about him dying but he was dead long before that, he had given himself out to everyone. The same way he didn't really die at all either. All the myth, the crazy myth he spun around himself: the Neverland theme park and bubbles the monkey and his celebrity brothers and sisters; no-one can tell me they feel further away from Jackson now that he's dead. Watching This Is It on Christmas, he was alive in the same way he always was: trapped on the stage and in the persona.

When Elvis died a famous rock critic said we'd never agree on anything like we agreed on Elvis. Jackson was still a kid at the time, if building up successes, and that particular rock critic died before Thriller released, never knowing there was one last person to prove him wrong. Before, I said that the day Jackson died I couldn't figure out who Michael Jackson was for, although I realize now he was for everyone, and always will be. 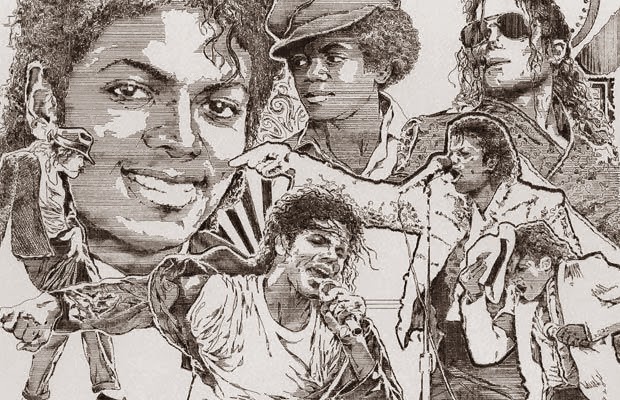