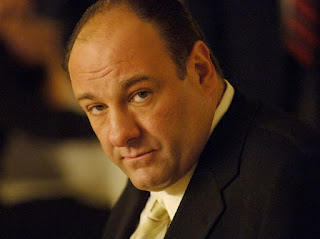 I'm no expert on James Gandolfini, I'll be the first to confess. My biggest point of reference for the man has always been catching him on screen while my dad watches The Sopranos. I've seen him in a few movies before; True Romance (although I was too young to remember) Killing Them Softly and in the Coen's The Man Who Knew Too Much, the two performances of his I can openly remember. I always knew of him as a great actor, the same way most youngsters will know Robert DeNiro as a great actor without ever having seen him in action, but I had never seen enough of Gandolfini to tell you why.

Not that he ever asked for any sort of over exposure; Gandolfini, despite having Emmy's and Golden Globes on the mantle piece usually stood back and enjoyed his time in supporting roles, quite frequently playing gangsters or detectives. Not that he ever became typecast (his comedic performance in In The Loop should go towards debunking that) but Gandolfini did fashion a career around playing tough men; confident in their old fashioned ways. He frequently played links back to an older world (his role as a father disapproving of his son's part in the 60s counter-culture in Not Fade Away). It takes a real talent to become a big success in film, TV and stage (which was where Gandolfini started out) yet that's what Gandolfini did.

Anyways, I decided to spend a night finally getting into The Sopranos; a depressing truth that I've been meaning to do so for a long time but only after the news of the actors death did I get around to it. I got through 3 episodes that night; I would have gotten through more but I feared it was getting so late the sun might appear any second and warden me off. I did like them though; the family unit at the center reminded me of The Godfather; lucky there was a lot of (admittedly good taste) violence and gangsters acting as cool as they've been made out to be. In other words; The Godfather without all the boring.

I instantly liked Gandolfini's performance; confidence is the best feature any performance can have. People have been tricked into thinking over-acting is what real acting is, simply because it is "the most acting". It happens when actors start flailing their arms around a lot and doing a lot of yelling. Gandolfini didn't need to do any of that, he didn't need to strain with his whole body to tell you what was going on with his character, he simply presented his emotions to you; everything his character's are feeling is spelled out in the way he hangs himself, the way he moves. Just looking at him you could tell what his character is thinking. Now that's great acting. 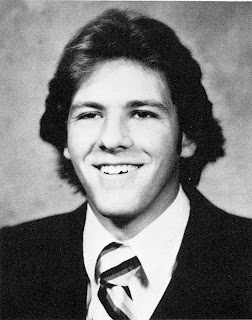 It was while watching that first episode of The Sopranos that a point was raised that's been in my head for while, and really thinking about it there's no-one better to represent it than James Gandolfini. Tony Soprano sits in a therapist's office; he needs one after collapsing in his garden seemingly out of the blue. The first episode is structured so that we are welcomed into this family through flashbacks of the events leading up to Tony's collapse, all from the comfort of various therapy sessions. Tony clearly doesn't want to be there; at first this might just seem like typical I-ain't-crazy-why-am-I-here therapy angst, but the more I watched the more I saw it was because the character on the screen was a man turned into the product of the modern world, trying as hard as he can to be an old fashioned type. First broadcast in 1999, the show's place at the turn of the century nicely represents this paradox of a character grappling between the past he wants and the present he's trapped in, all the while worrying for his family's future.

The best part of the episode (I'm enjoying the show by the way; might be the first show I really sink my teeth into since Lost) is a monologue Tony gives to his therapist; the first time this therapist manages to claw past that cold, hard exterior:


"Let me tell ya something. Nowadays, everybody's gotta go to shrinks, and counselors, and go on "Sally Jessy Raphael" and talk about their problems. What happened to Gary Cooper? The strong, silent type. That was an American. He wasn't in touch with his feelings. He just did what he had to do. See, what they didn't know was once they got Gary Cooper in touch with his feelings that they wouldn't be able to shut him up! And then it's dysfunction this, and dysfunction that, and dysfunction vaffancul!"

I'm still not sure if "that was America" is right or not; as a young Brit I can't tell if that was Britain too or if that's just some wish fulfillment on my part. I guess my ancestors were all too formal; Britain is a nation of people all as one, that's why all school kids wear matching uniforms, while America is nation of individuals (or people trying to be); the place where the Gary Cooper myth was born and where it has now lay down to die.

Don't get me wrong; I'm no crank hoping for the days of misogyny to return. People might look up to a figure like Axl Rose, see the "cool" branding he has been given and think following suit would be the right idea, but those people would be terribly wrong. Rose is a good a representative as any for a type of guy (and world) which is thankfully now past us. He clearly treats women like shit, which doesn't qualify him as the Gary Cooper type, it simply means he's a prick who thinks his money and (faded) fame are enough that the world won't mind his ways. He also acts the jock, as if the bully figure outta' be a power figure. It shouldn't. What I'm talking about here has nothing to do with types like him. James Gandolfini, as he appeared in real life although most clearly with his characters on screen, represented this tough guy figure who did things his way, protected his family and, even when his faith was wavering, stuck with the path he set out on.

I'm not crying or anything, but I do miss this figure. Ok, "miss" isn't the right word because I was never around to see a world made up of bottled up emotions, and hell, maybe it was never real anyway, just a generation all trying to live up to John Wayne, caught on the silver screen and used to fight a war. But whatever it was it's something this world could really use, despite the numbers depleting all the time.

Enough about the strong, silent type though, mainly because I'm not very good at being one and because I doubt such a person could even exist in todays world. The post-modern era is in full swing (will it ever stop?) and it's much better to play the knowing fool. I once believed in that figure that people strive for today; someone who represents the weird failures of the world. But now only I see that these strong, silent types could do their own thing, could be weird and unique and smart and happy, but they really believe in it. All the people today don't believe what they say, they don't understand who they are they just accept it. These old figures, these James Stewarts and Charlton Hestons knew exactly who they were, and as far as I know problems or not they didn't need prozac to do it. 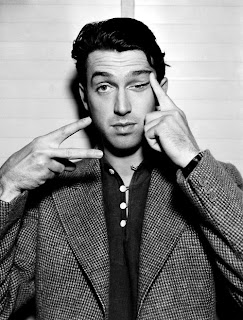 That idea that prozac is what people nowadays need to withstand the world around them is the thought that's been rattling through my brain for a while. A bit weird to find it immortalized in pop culture in a show over a decade old, a point being brought up by a TV character when I was just 3 years old, but it's still as crazy to me now as it seemed to Tony Soprano a decade ago. How could people let this happen? Run the world into such a dire place that people can't even physically handle it without pharmaceuticals. I'm not denying depression didn't exist in the world before this, what I am saying is that they appeared to face up to it full on, very different from what people do today.

So why put all this in with Gandolfini, who knows? I guess I just saw Gandolfini as the last of those strong, silent types. People like Brad Pitt and Johnny Depp aren't those kind of men, they're all about the feelings. Not to mention they're personal lives have became as much a point of interest as their films. Everyone's always second guessing themselves and making sure everyone else is ok with what they're doing. Maybe it's true that these kind of people don't exist anymore because it's hard to draw the line between the tough guy figure and the egocentric dick, but those that did manage to draw that line (Gandolfini included) were people to look up to.

The thing is that nobody wanted to be these people. People look at the celebrities today and they imagine themselves as those people. It's a bling ring culture. Remember that old James Bond slogan? The men want to be him and the ladies want to be with him. That's right, people simply looked at Connery with the cool tux and the beautiful women and they thought "I wish I could be that guy" but that's it. Maybe they strived to be like these people, but that could only be a good thing, right? Today when people look at celebrities they just imagine their own face on a celebrities body, they just want what these people are on the outside. They look at musicians and just wish they had that life, but few will be inspired to pick up an instrument and play. But who was wanting to be Jimi Hendrix in the day? Nobody. You could be inspired by him, admire him, but how could you possibly insert your face over his own. I'm not just talking about the unique talent he possessed, although that is part of it, I'm talking about how pent up the man was. He was a man stuck in his own body, yet that meant he belonged to himself and no one else. Not like today, when celebrities are split up and owned by everybody who sees them.

And that goes for James Gandolfini too. Since his death many have named his performance as Tony Soprano the best TV has ever produced. I don't watch enough TV to be able to properly rate that one, but from what I have seen I'd be fine with giving Gandolfini my vote too. It shouldn't be the only thing Gandolfini is remember by, but if you have to have a singular role used to represent your career then you could do a helluva lot worse than having played Tony Soprano. Gandolfini had the bonus of being part of the first wave of a different style of television, so obviously he'll always be treated as something special in that respect, but it was his demeanor and great performances that made him unique; I can imagine a lot of people looking up to Gandolfini both as an actor and even in the straight-edges of his characters, but try and put your face over his and you'll find you just can't. My heart goes out to his family who have lost the most, but in the showbiz world something else, something very special has been lost, possibly to never return. 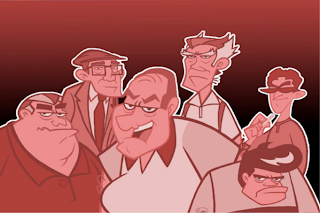