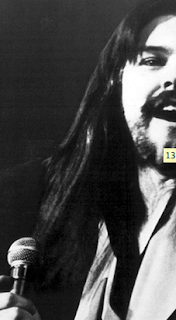 Look Ma, I'm being all meta. Inspired by what Carl Wilson was doing in this article about a new book by Stephanie Barber that collects all of the Youtube comments on Bob Seger's 1976 hit "Night Moves" Adam Robinson of HTMLGiant made this article where he collected the most interesting comments from Wilson's article. So I'm following the rabbit hole down even further, aided by a whole site of these Sad Youtube comments, hoping to find out whatever it is everyone wants to find out about Youtube Comments.

I remember the early days of Youtube; the first time I ever encountered it was during the 10 minutes of "fun time" at the end of an ICT lesson in what must have been 2007, long before Youtube was declared a public enemy in schools across the land. My friend Lee showed me the site. The first video I ever watched was Matrix Cow, which seems to have helped greatly to shape my view of the internet at such a young age. I quickly started using Youtube mostly for music videos and added anyone I could find that had some sort of Nirvana connection on their profile. I even joined lots of Nirvana "groups" something recent Youtube users will know nothing about; they were joinable pages were people with the same interests could talk and make a big group playlist. I actually talked to a lot of these people, and a lot of video game fans too. There was a nice atmosphere to it all; you could post "bulletins" to everyone on your friends list, another thing that's now been removed. These were the first "online friends" I ever made, who are unique in that instead of being forced to be friends with them by the environment: school, work, home address etc you choose where you meet these people; playing Left 4 Dead online or posting questions about what your favorite Nirvana album is. I have such fond memories of this time; which is sad because I don't keep in touch with any of these people anymore (most don't even have the same accounts as before) and Google, who notably didn't own Youtube during this golden era, seem to want to do everything they can to make Youtube as unsociable as possible; ironically enough by adding tons of Google + features and trying to make everything more accessible. Hell, I wouldn't even know where to begin becoming a part of a community on Youtube like that again.

Speaking of thinking about being in times now long gone; Sad Youtube collects tragic Youtube comments of people caught up in memories brought on by the song they're posting on. Almost all of the comments start with "I remember" followed by someone telling of a great time in their life, usually linked to another person: a brother, sister, parents, ex partners etc. before describing how things have fallen apart since. Some just wish that they could be in that time again, others go into grisly detail; one describes his sister getting murder, another describes his life falling apart after becoming a rent boy. All show a link to that particular track and a glowing section of their lives. It's an expectedly downbeat experience reading these comments yet there is something inspiring in the thought that these people get momentary happiness from the music. I'm sure we all have songs that trigger something in us; the neurons in your brain dusting out old pathways to things long forgotten and bringing you back to an old place. It's rare you get this feeling, but wonderful when you do, so the fact these emotions are caught on Youtube comments of all things is impressive to say the least.

Youtube comments and comments sections in general have become so big that there's already a whole category of performance art dedicated to them; Wilson even references Marcel Duchamp, the grandaddy of conceptual art (thanks school art project) although most people still have only a negative perception of comments sections, and rightfully so, which Wilson acknowledges when he wonders whether "its typos-and-all excerpts offer cheap laughs at other people’s misery" although does note that this is not at all the case. I'll admit I found even the wondering of whether these comments were used as a punchline a little jarring; showing a very negative view of internet users, which comes across as a petty over-generalisation. Comments sections, in idea and execution, are representative of 21st century culture. In this article from a few months back David Drake asked you whether Drake was the voice of the current generation; citing his throwaway nature as his biggest appeal to youngsters. He is a man of the moment; his lyrics come out as swiftly as they form in his head. I doubt he puts little thought into his lines, he's as good an artist as any, but he mimics internet culture by making music out of small moments or momentary moods as if they will soon be gone forever and he needs a way to preserve them. Youtube comments are quick thoughts and moods, as are Twitter and Facebook updates, meaning they catch an insignificant moment and put it on the internet forever, only it isn't seen or responded to forever, maybe even never, but the fact it's out there is good enough for the average poster.

Wilson praises the Night Moves book, calls it a "page-turner" even; which is understandable if you've ever found yourself hypnotized by a comments section, most likely where an argument has broken out making for a usually fun read. Wilson writes there is "repeated fights about whether music today has gone all to hell, some fairly thoughtful and some more on the level of... (you can guess the rest)" I saw a great many of these when I went through a Led Zeppelin phase a few months back where no one seemed able to rate any of the Zeppelin catalogue, not even the pretty damn poor stuff, on it's own merit; beneath each video was a landslide of references to modern pop and Zep's grand superiority. Wilson then writes of another trend I find even more annoying: "This leads to another YouTube standard: a poster saying that he or she is a teenager and yet loves this song and hates rap and/or Justin Bieber" which is a fantastically fucked up 21st century convention the internet has made possible; people having to state their age, as if on an assembly recruitment line, then slating musicians of their own generation to gain acceptance from an older audience; which is the equivalent of walking into a local countryside pub and saying how much you hate these shitty modern day smoking laws just so you can get a drunken pat on the back from a group of guys you would in no other situation ever talk to.

The comments posted on Wilson's article, collected by Robinson, are insightful in their own right, but into something else; you'd think commenting on an article about comments would give these posters a more self-conscious attitude before clicking "post" yet an argument over modern music quickly breaks out. The longest comment sounds enlightened enough "To dismiss the current or the old as crap is the mark of a philistine who doesn’t really love music. They only love what music represents to them" which makes you want to agree just so some person on the internet will consider you a "real" music fan, although this comment takes on a very modern view, taken mostly by people trying to reach the "moral high-ground" on internet forums, where they completely deny the act of having an opinion, in this case wanting to like, or at least accept everything. Although this doesn't work; I feel like a real music fan, although I don't just hate Justin Beiber or Nicki Minaj, I hardly give them a chance at all. When another poster writes "Viva La Vida by Coldplay was the last hurrah" referring to good music in general it rings more true; the comment seems juvenile in it's single-mindedness and in an opinion I think there's a good chance you don't agree with. But that's opinion, or more precisely that's the opinion when put through the speedy response of a comments section. It's not enlightened, but it's at least more interesting than telling me I need to accept everything. People trash modern music. They call each other dinosaurs. They slide in jabs at Google +. They fit in funny comments and weird ones too. The best comment, and the one that gets it right without taking any sides is "Whatever you listen to when you’re young will always be the standard by which you judge all other music" which is a frightening thought really.

Robinson's article drew four comments of it's own, sadly showing the current lack of activity on a site that was swarming only a few years ago.

"night NEWS" Whatever this means

"Barber (and Slutsky) indeed picked a medium-about-a-medium – comments about song-based videos – that lends itself to the spontaneous emoting (and thought) that it's built for, as Wilson explains well, but Barber also picked a particular song that depicts, is about, and provokes marination in nostalgia. (The song seems to have been effective enough to have gotten Wilson to end his blogicle wringing out a bit of just that marinade.) There are beefs and some name-calling on that thread, but it looks to me dominated by disclosure (and appreciation) of madeleine-moments. Interesting, sure, but from the point of view of a comment-thread skeptic–'vile cesspool' etc.– (which is [cough] not my point of view), a safe choice. A book of Obama Derangement Syndrome threads, or – why not? – Franzen or Tao Lin threads would have a much narrower range of, eh, personal reflection." An article with such wide appeal was never going to lead to a friendly discussion, but the straight shots of emotion provided by these sad youtube comments did lend as this commenter put it a sense of disclosure and appreciation

"The number of times commenters refer to age BLOWS MY MIND -- In "Night Moves" and beyond. "I'm 15 and I love this classic song." "I'm actually old enough to remember this song when it came out, and this is really what it was like, folks." "Kids today, this is how it's done!" &c., &c." Another person annoyed by this phenomena that I find most prevalent on the imdb message boards, at least when I frequented them up until about a year ago

I like the discussion created by youtube comments because it's bare-bones nature has no equivalent. And I especially like all this discussion over such an unthought-about thing.
Posted by Bigplatts at 19:09