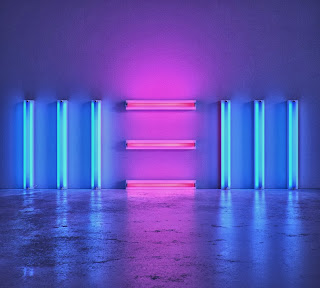 NEW is a fitting title in the sense that it accepts nothing Paul McCartney has ever made has ever sounded new. John got it right when he slammed Paul for making "granny music" like When I'm 64 which sounded out of place way back in the 60s, and on Sgt Pepper no less; but never fear Beatlemaniacs because to call it old now would be sacrilegious, at least in the sense that if Paul isn't bigger than Jesus (at least not anymore) he is at least more universally beloved. He's like the royal family: old and fossilized, yet also loveable and too important to have killed off, which is really why celebrity after celebrity crammed themselves into the video for Queenie Eye, the album's lead single and worst track, not because they wanted their name associated with the song but because they wanted their name associated with Sir Paul McCartney, the living third of the Beatles people gave a shit about and quite possibly the cleanest celebrity ever: hey, it's good natured ol' uncle Paul, the man who even did some marijuana back in the 60s just so he could fit perfectly into the status quo.

Which is to say I'm surprised Paul doesn't just name all his albums New and change the coloring on the front cover, after all he could have put this music out a few decades ago and it's only the production, which has a fantastically colorful lushness to it, that would set it apart. At least he themes his albums; NEW has been formed from DNA strands left over from Lady Madonna, although it's the moments of quiet ambience where you can really hear the longing in Paul's voice that work best. Which is why "Hosanna"'s the best song on here; you can probably fill an ocean liner with all the different women McCartney has written about over the years, although this song works, just like the other highlights on the album, because it isn't straight up L-word gospel, and not old age sentimentality either; like all McCartney it's masterful nature plays partly on the blankness it's creator provides, yet his simple want to entertain is impossible to criticize when your having fun.

And this is a fun album; it's dominated by filler but makes up for it with highlights that are as enthusiastic as Paul in his youth; the only problem is that this is a pretty basic refresher package of new material and has very little to say, especially not on Paul who's always kept the music and the man far apart, meaning you end up reviewing McCartney more than the album itself. Paul's always been a little flavorless, his almost technical perfection in the beats of songwriting always lacking the personality someone like say John Lennon put into his work. And John hangs over "Early Days" about the early days of the Beatles where Paul goes all soppy Joe on us. But can I really blame him? Could Paul McCartney ever actually give us a Lennon-esque turn over of such a cherished time? I guess not, so instead we have a bit of nostalgic loveliness that dodges any importance that might be expected of it.

Overall I'd recommend NEW. It's forgettable in places but on the good tracks (look out for "Alligator" and "Turned Out") you get a warm fuzzy feeling hearing that Paul still has it, even if it's just for a few glimmering moments.
Posted by Bigplatts at 20:03